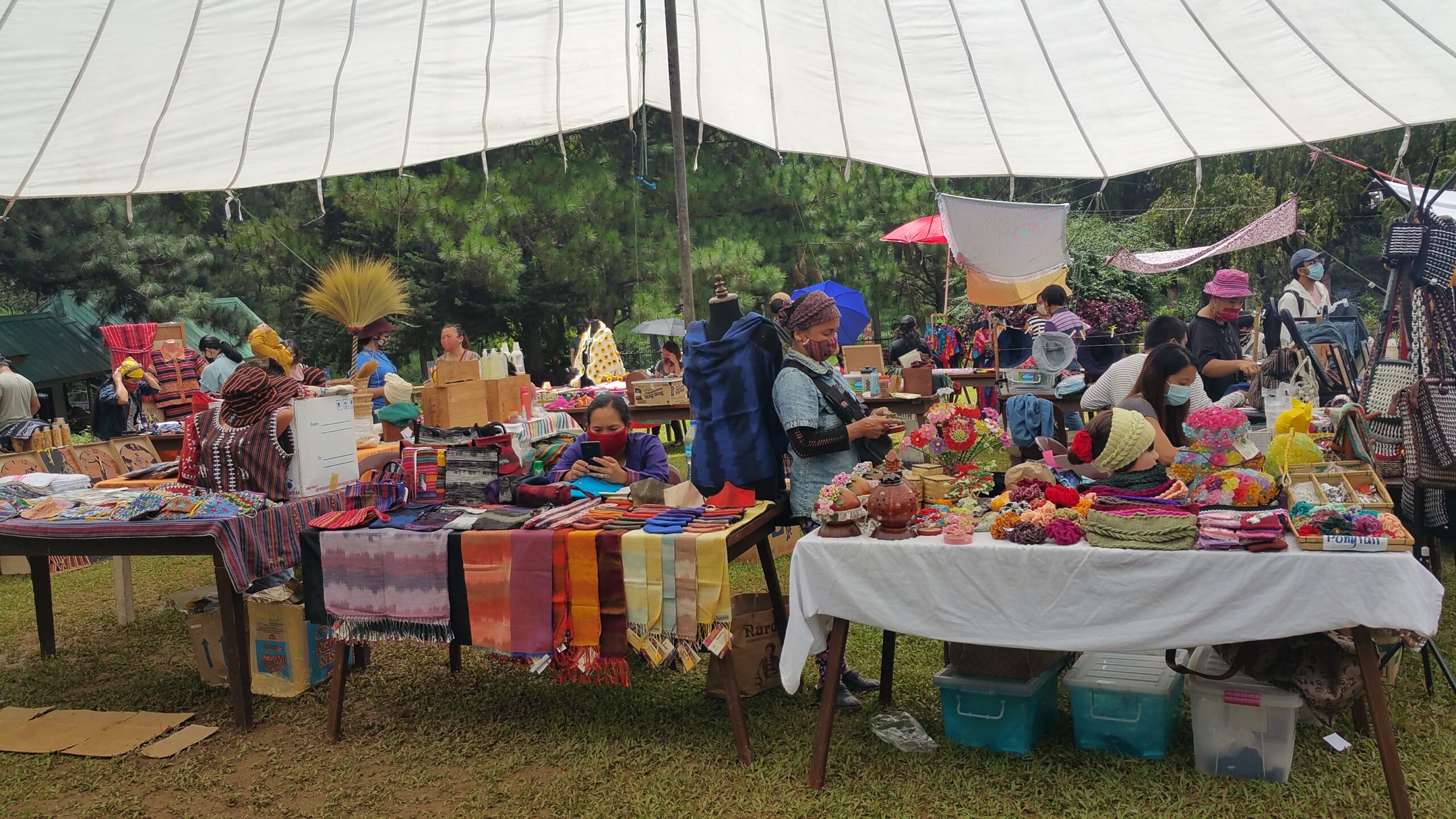 It was said that without the tourism and education sector, Baguio will not thrive. This small city that was once the Summer Capital of the Philippines with about half a million population earns a big chunk of its income from the tourism industry. The hospitality business numbering more than 7,000 and many tourism-oriented businesses had closed down for months resulting in many employees losing their jobs.

Also affected by the decline or rather the cessation of tourism are the creatives. The creative sector is composed of so many branches that thrive in Baguio and the whole region.

The region’s history of creativity goes back for hundreds of years. In fact, according to Spanish historic archives, the reason the Spanish colonizers wanted to control the highlands was because they saw the gold ornaments of highland traders bringing their produce to the lowlands, and these products too include gold dust and gold nuggets.

The creatives are oftentimes referred only to artists but they actually include many more. Baguio’s creative sector is wide-ranged and the reason it became a UNESCO Creative City was because of its historic artisanal products particularly weaving, metalcrafts, woodcrafts, and tattoo. The weavers, woodcarvers, jewelers, fashion designers, tailors, sign ads, photographers, videographers, editors, and even the news and advertising media are all part of the creative sector. All of these, like all sectors, suffered during the months-long lockdown and not all of them received financial assistance from the government. Even those who received assistance would attest that 10,000 pesos is not enough to feed a small family for 5 months.

Medical experts were against the opening of the city to tourism and other activities that attract crowds, but the economy had been suffering and people are actually beginning to starve. But the fear of infection is still high and the city has a high risk of becoming the epicenter of the pandemic if not controlled. These are the problems our leaders need to remedy as “healing as one” also means giving the people the chance to recover financially to buy basic needs after their resources were exhausted during the months-long quarantine.

The city, with the blessing of the City Mayor Benjamin Magalong and supported by the Councilors lead by Vice Mayor Faustino Olowan, decided to pursue the iBagiw Festival 2020 otherwise known as the Baguio Creative City Festival. It was chaired by Marie Venus Tan, former Department of Tourism Director in the region who introduced several revolutionary ideas to revitalize culture and tourism and was the initiator in making Baguio part of the UNESCO Creative Cities Network.

Several issues were discussed regarding the staging of the festival, especially in the physical distancing that the city strictly imposes. How the city and its citizens will benefit from this festival when protocols have to be implemented. Controlled tourism and live coverage were discussed and arts and crafts will be exhibited in wide-open spaces. But most especially, how the locals can participate in the activities.

Tourists will need to register online and submit their latest Covid-19 test results before they will be allowed to enter the city. Upon their entry, they will be validated at the triage center. As of this writing, only 500 are allowed to enter the city per day. This number cannot revive the entire economy but could help some people in need especially in the creative sector. The crafters however expect more of the local citizens to patronize the activities and true enough, many of the earlier sales in arts and crafts were by the locals.

The opening of every event was live-streamed and replayed on the festival’s official page for maximum exposure. People can order crafts or buy exhibited artworks online. After the opening, people can visit these sites during the festival with controlled entry. Tourists are only allowed with trained guides to strictly implement protocols. In fact, this was already regularly practiced by another famous tourist destination, the municipality of Sagada even before COVID-19 Pandemic. There are several guided creative crawls for tourists that may visit. These creative crawls include visits to Baguio’s Art Hubs and Creative Gardens like the Tam-awan Arts Village, BenCab Museum, Venus Garden, and many more. These crawls are just introductions that will continue to operate beyond the festival if the situation permits. The festival’s crafts fair aptly named Mandeko Kito, derived from the Ibaloy term that means “let’s sell,” showcases the city’s artisans. The artisanal market was done on a big open tent to allow sufficient physical distancing with corporate companies chipping in to make this feasible. StarXPO provided the tent while Air21 did all the ferrying.

The crafts fair is not only to sell their products but BACCI has also invited prospective investors to find potential designs they can introduce in the international high-value market. Unionbank is also partnering with BACCI to help crafters establish an online store allowing them to sell to the worldwide market. The crafters were also given creative workshops by the Department of Trade and Industry to improve further their crafts.

As a tribute to this historic creativity that made the city part of the UNESCO Creative Cities Network, part of iBagiw Festival was a crafts competition on weaving, basketry, metalcraft, and woodcrafts. All of these were exhibited at the newly renovated Baguio Convention Center.

As the main exhibit, Baguio’s very own National Artists Benedicto Cabrera (BenCab) and Kidlat Tahimik had their own exhibits at the Baguio Convention Center. Tahimik’s installation theme leaned on the 500th anniversary of the Spanish arrival in the Philippines in 1521. His exhibit which tells the disparity of the local culture with the so-called Spanish civilization will also be brought to Spain next year to commemorate this historic event 500 years ago. Another main part of the festival was the Interlinked Contemporary Art Exhibit at the Baguio Convention Center with 34 Artists expertly curated by Erline Alcantara. These exhibits range from paintings, sculptures to installations. This exhibit runs until January 15, 2021, to give enough time for more people to see them.

The closing activity was a traditional bonfire with Baguio’s artists and artisans titled “Anido Night.” Anido means to warm oneself in front of a fire, a common practice back then in the cold climate of Baguio while cooking over a wood stove or hearth. Anido was the fitting way to end the event while reminiscing the evolution of the highland’s arts and crafts on a cold night over a warm bonfire. It was attended by chosen delegates and artists.

The organizers were hoping these controlled and restricted activities will lead to the new normal way of organizing events and trading for the city’s creatives. Overall, the event was a success with no overcrowding.

It was not a perfect event with lots of rooms for improvements but it was a good learning experience where the organizers learned what’s possible and what to avoid. 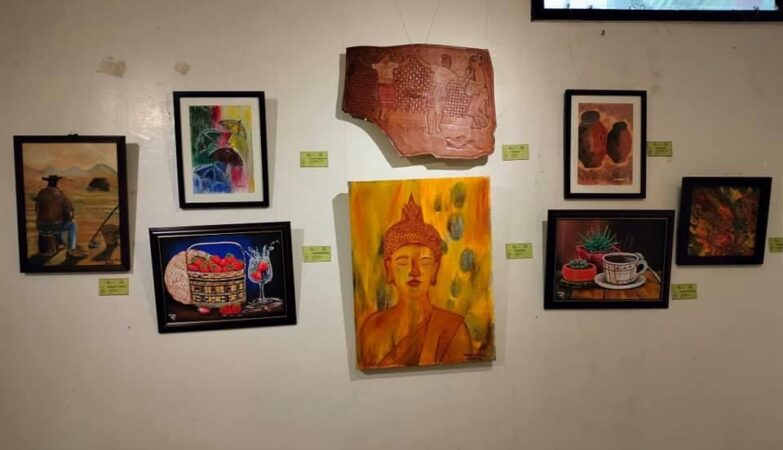 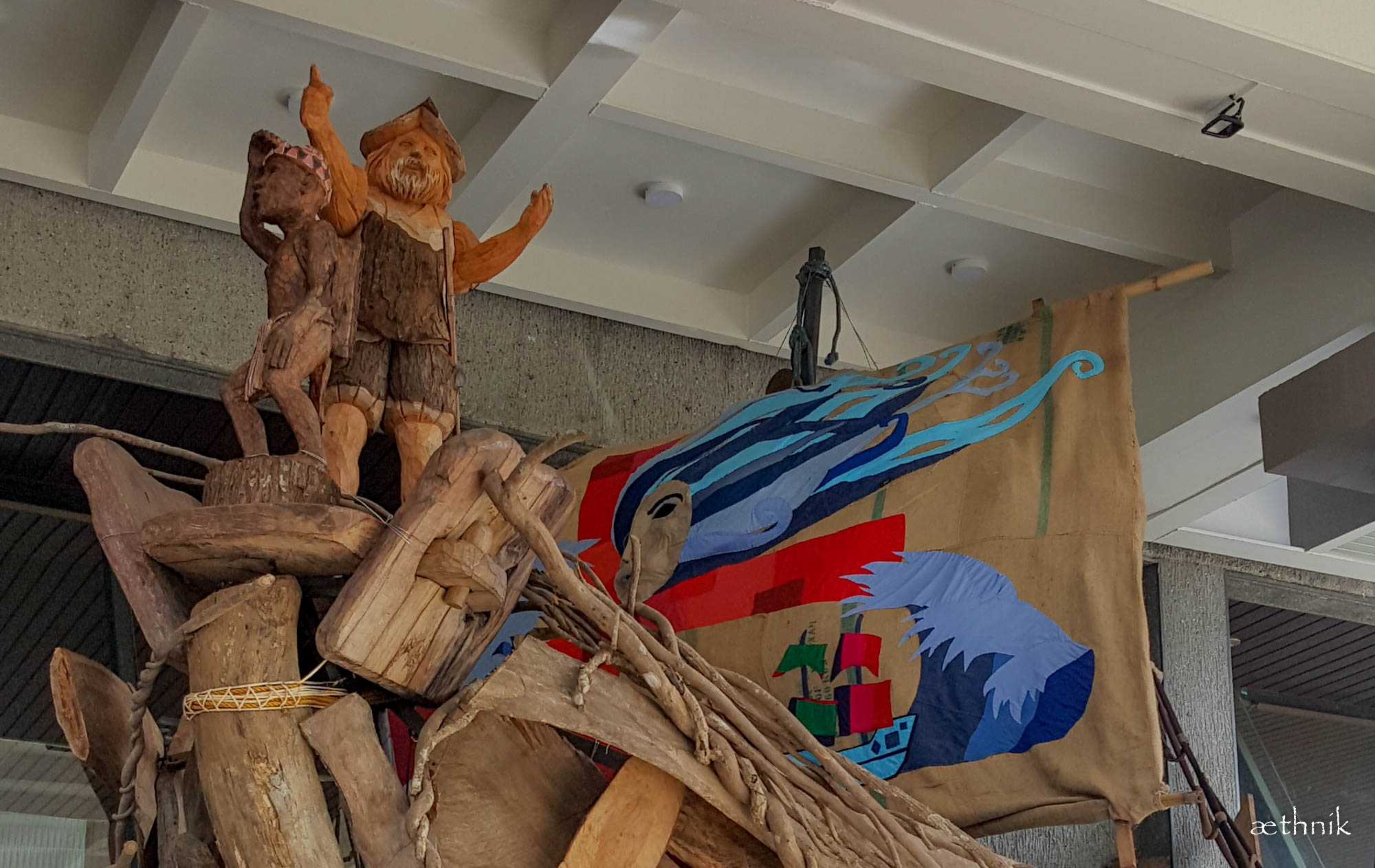 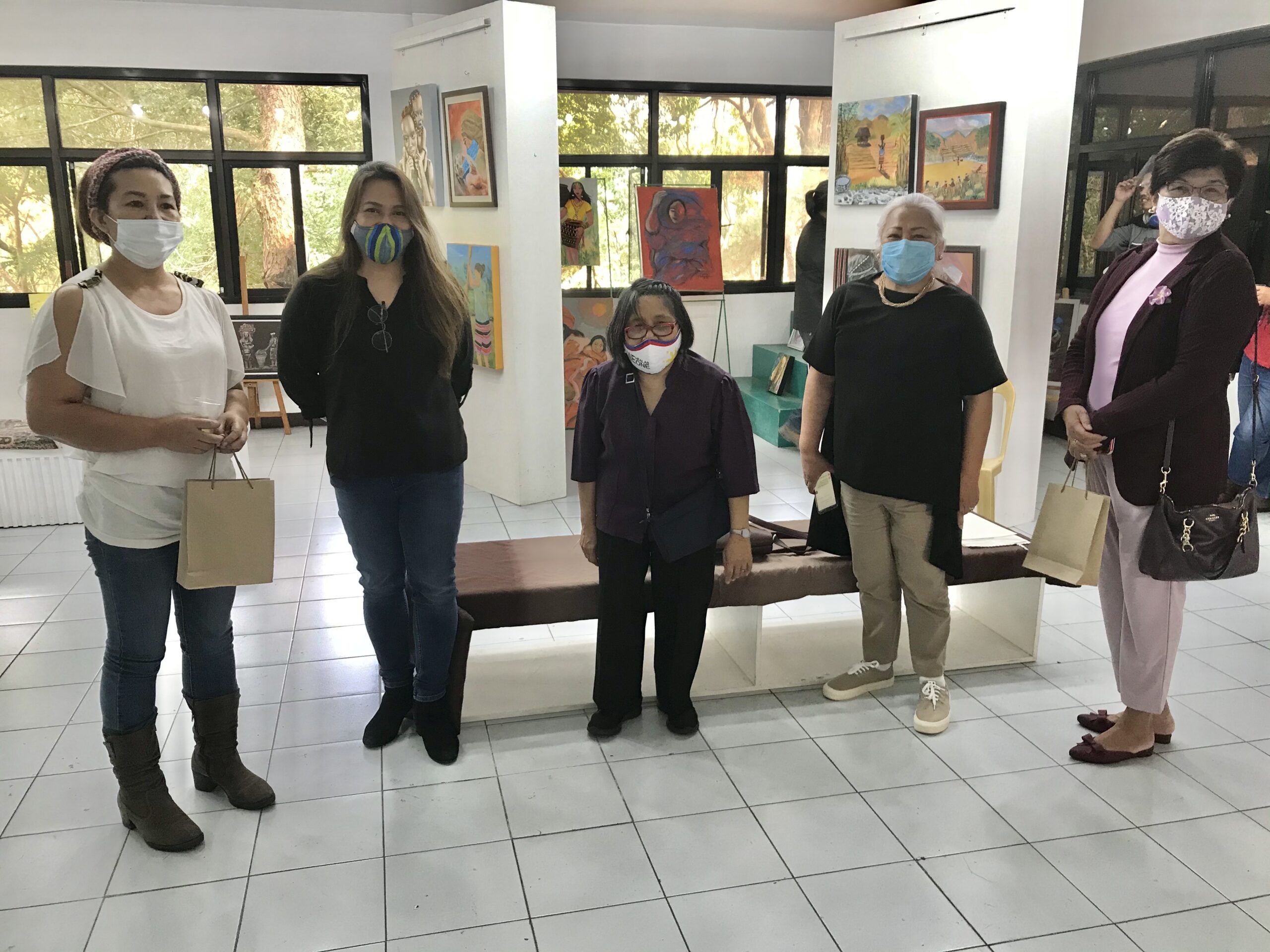 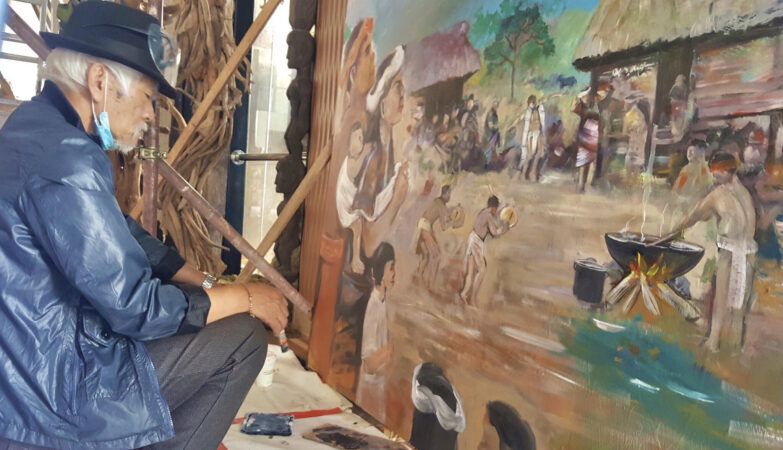